An inventive and creative Minecraft player is attempting to create the entire Star Wars Galaxy in Minecraft.

The player who goes by the name Vistachess is slowly recreating the whole galaxy in Star Wars inside the game.

In his reddit posts it can be seen that he has been recreating them planet by planet.

He has even designed some Minecraft inspired weapons such as lightsabers to add immersion once he completed creating the whole galaxy. 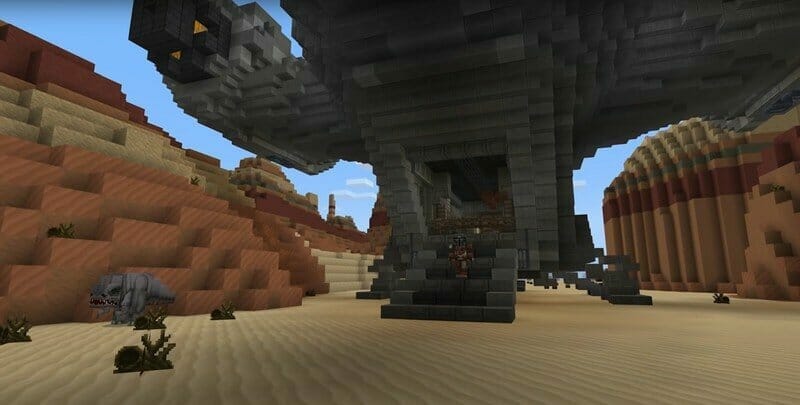 Minecraft has shown to be a fantastic outlet for creative individuals, and it has hosted some of the most ambitious projects in gaming history.

Once people started creating our entire planet in Minecraft, what could possibly compare to it? What about the entire Star Wars Galaxy in Minecraft!

It was only a matter of time before gamers turned their attention to Star Wars as the next building adventure, because the Minecraft construction sector has already begun working on recreating the full Breath of the Wild map and Half-Life map.

Vistachess began by uploading screen captures of their work to Reddit, as a one-man project, in order to create the entire Star Wars galaxy.

It’s a silly objective, but things appear to be progressing rather well, with the planet Tatooine and the city-covered planet Coruscant already finished. 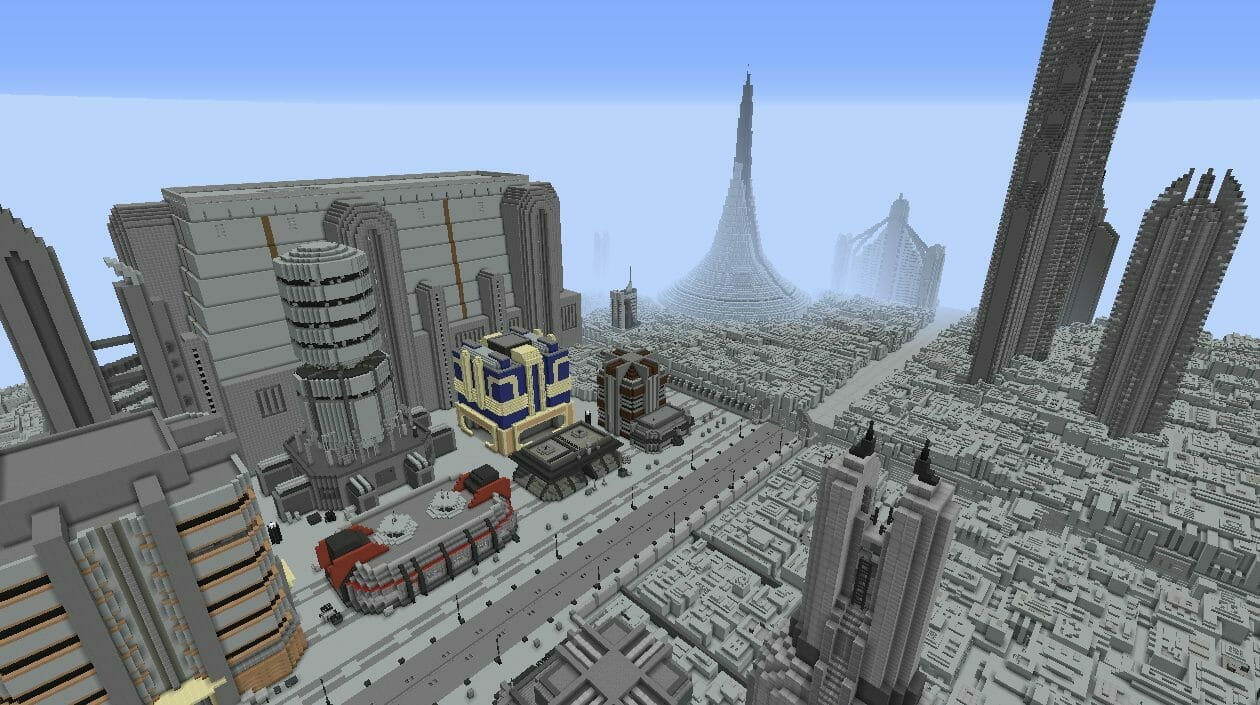 Both seem to be very nice. Vistachess claims it took them a year to construct Tatooine and Coruscant, so don’t expect the entire map to be completed anytime soon.

Hopefully, we’ll be able to visit Hoth, Naboo, and Endor in the near future.

The player is currently focused on re-creating these three planets in particular in Minecraft before moving on to other worlds throughout the galaxy.

“If the Minecraft player really wants to build the whole Star Wars galaxy in one world, they’ve got their hands full.”

The Challenge of Recreating an Entire Galaxy

On the Tatooine maps, you may notice places like the Senate on Coruscant and Mos Eisley, as well as Jabba the Hutt’s sail barge. He has successfully recreated these planets and it took him one year to do so.

You can actually already download the maps of Tatooine and Coruscant by following the link in his YouTube Video.

It will be difficult to re-create the likes of Mustafar, Bespin, Dagobah, Kamino, and other incredibly detailed planets throughout the galaxy.

Regardless, this Minecraft super player is extremely passionate about what he does, and Minecraft players have come together to wish him the best of luck on the new project.

The Star Wars saga, created by George Lucas, is a large space opera series. The stories focus on the opposition between good freedom fighters and a cruel military dictatorship.

The Force is a metaphysical energy field created by all living things throughout the Galaxy, according to the tales.

The good Jedi Knights and the evil Sith Lords can gain superhuman abilities such as telepathy and telekinesis through mastery of the Force.

You may also consider it a cautionary tale about what happens when technology outstrips society.

You get a power like the Empire, which uses technology like hyperspace and heat beams to dominate entire planets and vast tracts of outer space.

By this means it is a metaphor for modern world imperialism and authoritarianism.

It is, above all else, a story about how far we can get in life by using our intellect and will to conquer our baser instincts and overcome the inclinations to submit to hatred and terror.

There have already been previous Star Wars resource packs created before. However, the map of the whole galaxy is just another level. 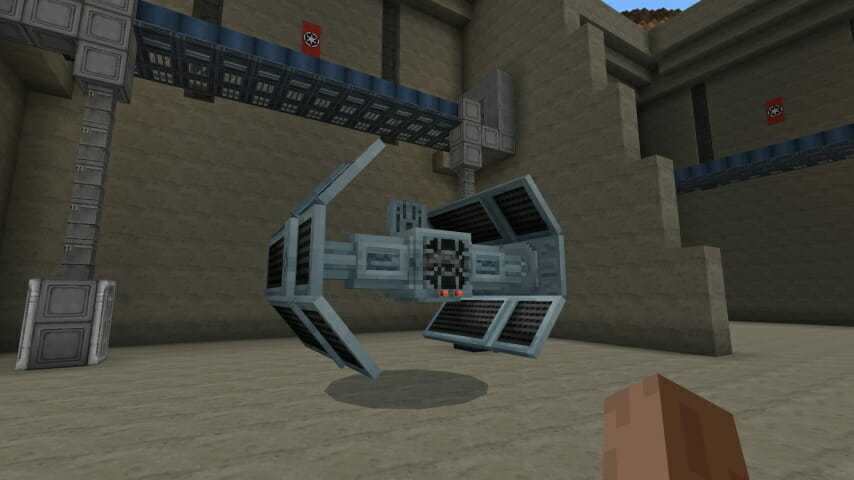 When will the Entire Star Wars Galaxy In Minecraft Be Completed

It has taken Vistachess a year to create two planet for Star Wars. This means that if we take into account that there are at least 10 more main planets in the franchise it should take him around 3 to 5 years.

However, as he has been drawing more and more attention from his amazing project he might get some help in the future.

Time will tell when this masterpiece can be completed. For now you can perhaps have some PvP action with this star wars themed PvP Texture Pack called MineWars while waiting.